This spirit guide encounter story was submitted by a reader and will be considered to appear in the upcoming book as well. If you want to submit your own story, please do so here.

When I was nine years old I was very sick with hepatitis.

I was hospitalized but got worse and worse, and the doctors, my parents and I guess everybody was deeply concerned.

They didn’t think I would make it.

Nor did I, and in my mind, I tried to find a way to tell my parents that I wouldn’t.

I was okay with it.

I mean, for me, it was okay to die, but of course, for them it was not.

One afternoon a big man with ginger hair and dressed in white like a doctor, which I assumed he was, came into my room and sat on my bed.

But he didn’t make any eye contact and turned his body and face away from me which I thought was a bit strange.

Not so much of him, but more because he might want to take a blood sample or something, which I, off course, hated since it hurts and I hated needles.

But I couldn’t see any rubber tube they use to squeeze around my arm to make the vein stand out.

So I was curious to know what he was doing there.

Then he said the following:

“So you’re lying here telling yourself you are going to die. But you are not, and that you can believe. Tell all those that come visit you, that you will live. This illness is not going to kill you.”

I was glad of course, and relieved, but wondered how he could be so sure.

Who is this man that he knows this for sure?

He left me and a few minutes later my mom came and I told her the good news and what the “doctor” had said.

And I described him to my mom.

She rushed out and got ahold of a nurse and asked her who this doctor was that visited me and told me that I was going to be okay.

“There hasn’t been any doctor here” the nursed replied.

My mother described the man for her, but she shook her head, she knew of no such doctor.

They both looked at me in a funny way.

The visitor had been a bit rude, like he was annoyed with me, for thinking that I would die.

If I had just made him up, I would have imagined him to look like a female angel, with wings.

And he would also have been much more loving.

He wasn’t any of that.

But he got the message trough to me.

When he left the room there was no doubt in my heart.

I knew I was going to be well.

Later on, the real doctors found some new medicine that, at that time, had only been tested on adult convicts from France.

They gave it to me anyway.

And it did the trick.

What Kind Of Spirit Guide Do You Have?

Find out which of the seven kinds of spirit guides you have. Is it an angel, an ancestor spirit, a star being, an ascended master, a nature spirit, a power animal or a god(dess)? 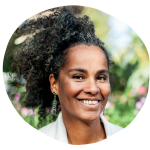 She is passionate about helping people connect and consciously communicate with their own spirit guides.